Holocaust Memorial Day (HMD) is marked each year on 27th January – the anniversary of the liberation of the Nazi concentration and death camp Auschwitz-Birkenau. On this day, schools, communities and faith groups across the UK join together in national and local events to commemorate the victims of the Holocaust and of even more recent genocides.

Deacon Javier, our Lay Chaplin, lead a Holocaust Memorial service at each site which staff and students attended.  The service was extremely moving and highlighted the Nazi Persecution and the genocides that followed in Cambodia, Rwanda, Bosnia and Darfur, in the hope that there may be One Day in the future with no genocide.

We were privileged to host a talk with two holocaust survivors, Paul Sved and Ivan Shaw, who both have fascinating stories about their experiences as young children living in cities under Nazi control. Both speakers, now in their 80’s, gave up their time to speak to CTK lower sixth students as part of the Sixth Forms 10:10 programme. Their stories were extremely moving and highlighted the sadness in their childhood and their victimisation of Nazi persecution. The pair went on to give a recap of their oppression, the time spent away from their families as young children, the day they finally managed to escape Nazi occupation and how they remarkably went on to lead normal happy lives.

Our students were fascinated by their stories and amazed by the bravery of the survivors. One student said “The testimonies gave me a very harsh yet interesting insight into life during the Holocaust. We’ve heard from historians but not often the survivors and it allowed me to understand the atrocities that were taken upon the people of that time and helped me understand the misfortune they went through. Even with all his discomfort he prevailed and taught a valuable lesson on how two very different views can affect the whole of human history.” – Kanye Cross-Gordon, CTK St Mary’s student.

We would like to say a big thank you to the Holocaust Educational Trust for arranging this session with us and to the incredible guest speakers for sharing their memorable stories with us at this time. 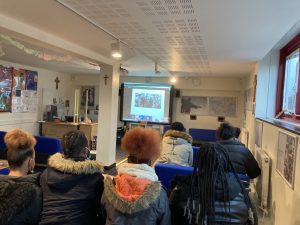 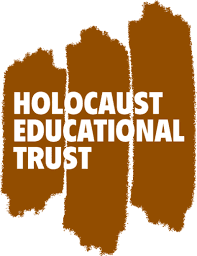