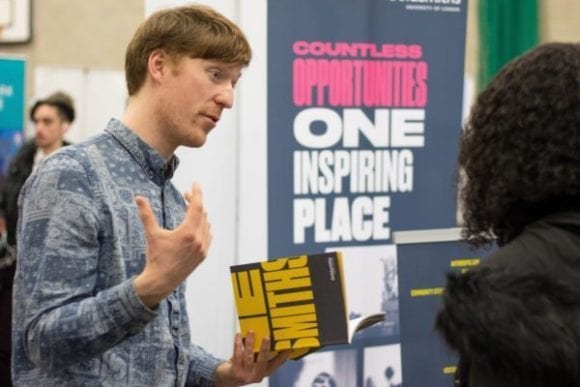 The Careers Conference at Christ the King Sixth Forms continues to go from strength to strength.

The cross-site event comprises a variety of university and career based talks as well as a large-scale exhibition. The day provides a fantastic opportunity for our Level 3 students to start thinking about their future and to explore their options.

Students prepare for the Conference by pre-booking their places for the talks they wish to attend and individual timetables are created which include a visit to the exhibition, thus ensuring their time spent at the Conference is focused and productive.

Almost 100 external organisations supported the Conference by either exhibiting or providing speakers for the talks.  Many of the participants were returning, having attended the event in previous years.  The programme of talks included sessions on a wide range of careers from Medicine and the NHS to entrepreneurship, journalism, engineering, banking and many more.

During the last week of February, a group of students from Christ the King Sixth Forms took part in a retreat at the Kintbury retreat house. Along with students from St Charles 6thform, they spent 3 days examining who they were as a person, searching deep their own relationship with God surrounded by the beautifully picturesque Berkshire countryside. Hosted and facilitated by the excellent Kintbury volunteers, the students had a truly fantastic experience. As one attendee said

“I think it was amazing. It was a chance to relax and take a break from your life outside of the retreat. It gave me an opportunity to make friends and meet amazing people.” 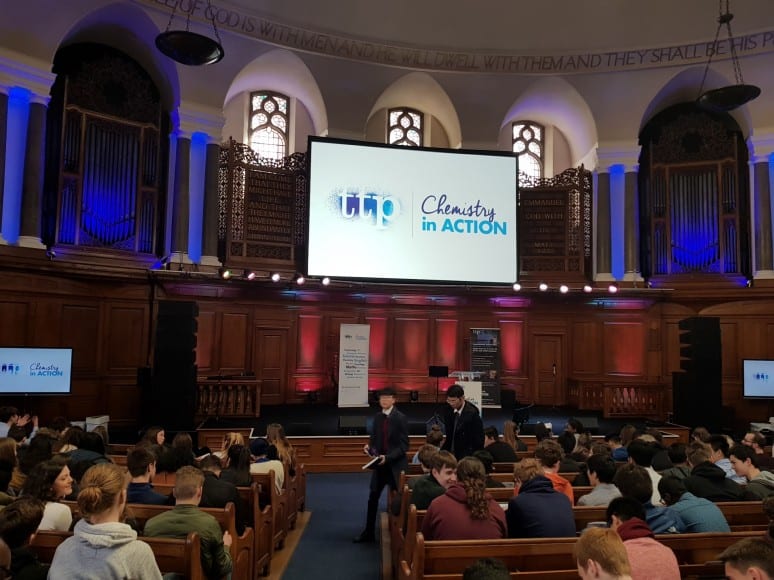 Students from the Christ the King Emmanuel and St. Mary’s recently attended the Chemistry in Action event at the Emmanuel Centre in London.

Students at Christ the King: St Mary’s were honoured to have Vicky Fleetwood, who plays rugby for England, come and give a talk and Q&A session.

Vicky spoke about her journey through her childhood in relation to rugby and touched on different setbacks and how she overcame them. Vicky talked about her achievements in rugby and this really seemed to inspire everyone in the room, especially the girls. She also gave details on how the students could get involved with rugby in the local community even if they hadn’t played before. There were some fantastic questions asked at the end and proved the high engagement of our students. Thank you Vicky! 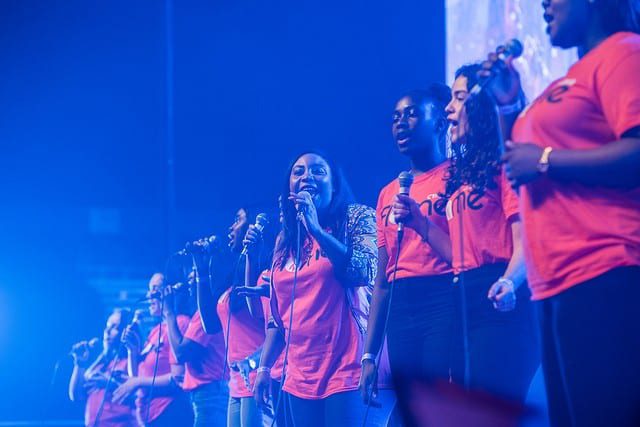 On the 2nd March 2019, 25 CTK students from across all three sites attended the Flame 4 Congress in London.

They however were not just there to witness the testimony of several amazing speakers and participate in the worship and other activities that the day had to offer, but also to perform with several other choirs from across South London in a group performance that proved to be one of the highlights of the day.

The Flame Congress is a biennial event taking place at Wembley’s SSE Arena, organised by the Catholic Youth Ministry Federation. It continues to be the largest regular gathering of young Catholics in England and Wales. Since it started in 2012, CTK has sent regular groups of students to the event, all of whom were inspired by the experience.

The theme of this congress was significance. Throughout the day, the young people involved had the opportunity to listen to some amazing speakers, including Robert Madu and Archbishop Eamon Martins, talk to fellow young people from across the country, and participate in worship and adoration. There were also spellbinding performances from Guvna B, Rise Theatre and Anglican worship leader Tim Hughes.

This most recent occasion was the first time they were given an opportunity to take part in the proceedings, an opportunity they embraced as they performed two songs, Stormzy’s Blinded by your Grace, and the classic Amazing Grace. For those of us who had the pleasure of attending with them, it was a profound and joyous experience, which will be looked forward to in future years.