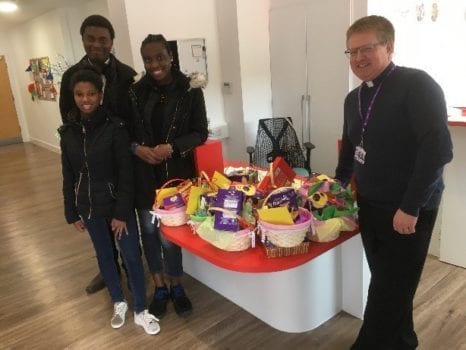 At the end of term community day, Tutor groups put together Easter baskets of sweets and chocolates with a signed Easter card full of messages of hope and blessings.

These were delivered by the Chaplain, Deacon Elderfield with students: John, Princess and Andrea, to Demelza Hospice in Eltham who care for terminally ill children. The baskets were gratefully received by the staff on behalf of the children.

Other activities during the day included a movie-drama presentation by the ‘Ten-Ten’ theatre company on the influence that exposure to pornography can have of young minds and developing healthy relationships. There was opportunity for discussion and reflection on this important issue effecting our youth and culture today. 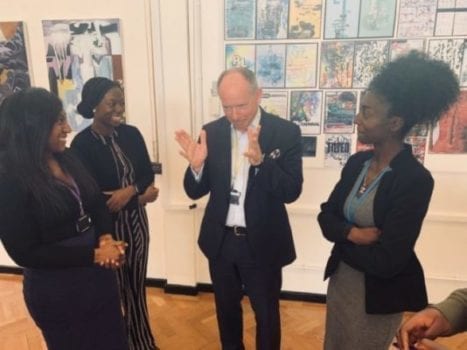 Christ the King Sixth Form was delighted to recently host a talk by Sir Ian Cheshire who is the Chairman of Barclays UK.

Ian talked to almost one hundred of our students about growing up in Nigeria and the academic challenges he faced when studying before achieving a degree in Law from Christ’s College, Cambridge.

Ian spoke to students about his current role as Chairman of Barclays UK as well as his previous roles at Kingfisher and Debenhams. He also spoke about the various charitable roles he has including Campaign Chairman of Heads Together which is the mental health initiative spearheaded by The Royal Foundation of The Duke and Duchess of Cambridge and The Duke and Duchess of Sussex. 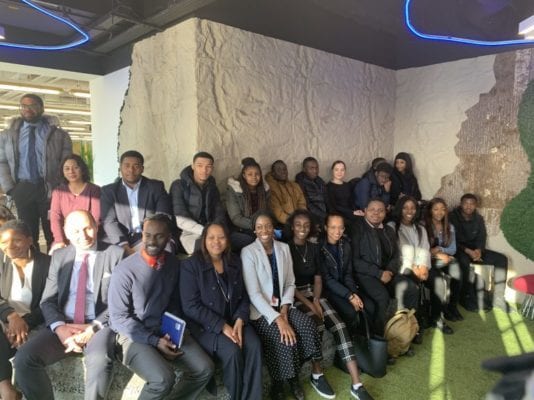 The annual Barclays RISE Programme was recently launched by Zainab Kwaw-Swanzy, Yaa Ofori-Ansah and a number of their Barclays colleagues to CTK students.

Barclays RISE (Revealing the Industry to Secondary Education) is a mentoring programme, initiated by the Embrace Forum at Barclays and supported by local charity Urban Synergy. It was designed to engage, equip and encourage young people aged 16-18 with the skills and confidence they need to excel in their futures. The scheme was founded by former CTK student, Michael Lee, and fellow colleagues within the Barclays Graduate Scheme. They wanted to provide a platform where they could share their experiences whilst mentoring students who may have limited opportunities and insight into working in professional industries.

Each student on the programme was assigned a mentor and worked with other students through a four session programme.  The weekly sessions were split into two parts with the first part being an interactive presentation on the development topic of the week.  The second part was an opportunity for each mentee to have the chance to speak to and work with their mentor individually.

Following the successful completion of the mentoring programme there is also the opportunity for students to gain work experience with Barclays. 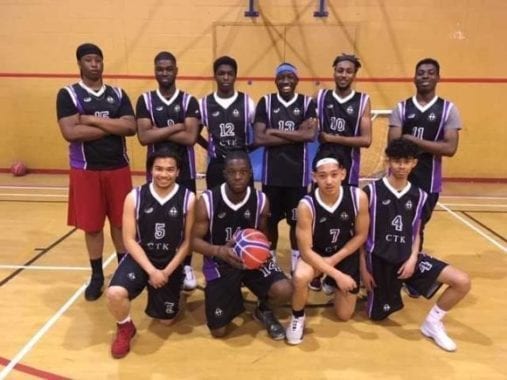 A huge congratulations to both our Emmanuel and St Mary’s basketball teams now that we have come to the end of the season. The St Mary’s team came in an impressive 2nd place and the Emmanuel team joint 3rd.

The season ran over a number of tournament events which all cumulated in a final league table. There was strong opposition in the league including Knights Academy, Folkestone Academy, LSEC Bromley and Colfe’s School.

The St Mary’s team started the season slowly, only winning 3 games over the first 2 tournaments. The team never gave up though, winning the tournament held at CTK Emmanuel and then winning 3 games at the final tournament. The Emmanuel team reversed the pattern shown by the St Mary’s team, getting off to a quick start in the first 2 tournaments (winning at CTK St Mary’s) but then only picked up 2 wins from the final 2 tournaments. The season ended with a one-off ‘cup’ tournament against some very strong opposition. Only group winners made it to the final and, unfortunately, both teams came 3rd. Still a great effort from both teams and everyone enjoyed the afternoon.

Well done to all squad members from both teams who took part this season and we look forward to the showdown at this year’s Sports Day.